What do you want to play in Legion?

Top Posters In This Topic This is what i get when i Google it in 'Merica 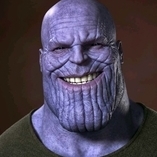 looks like the raid day changes will actually work better for most people. I'm thinking we are gonna change them. Myself and the other officers will start talking more about an actual concrete plan fo